The Davis Center was pleased to invite 20 Williams students on a cultural excursion to New York City, March 17, 2018-March 19, 2018.  This year’s theme, “Examining Power, Privilege, and Identity Through Art”, aimed to engage participants in dialogue on the ways societal infrastructures frame people’s existence.  We observed themes in several forms, including fine art, modern art, and dance, and contextualized these works against the backdrop of current events. 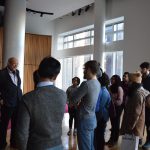 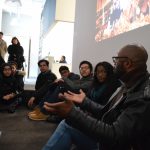 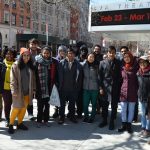 Covid-19 is an ongoing concern in our region, including on campus. Safety measures are in place, and campus community members and guests are additionally advised to take personal precautions. See the college's Covid-19 website for information about campus policies. For the latest research and recommendations from the CDC, visit cdc.gov/coronavirus.
Bias Incident Reporting
Title IX Incident Reporting
Implicit Bias Workshops Sign-up
OIDEI Funding Requests
LAND ACKNOWLEDGMENT We respectfully acknowledge that Williams College stands on the ancestral homelands of the Stockbridge-Munsee Mohicans, who are the Indigenous peoples of the region now called Williamstown. Following tremendous hardship after being forced from their valued homelands, they continued as a sovereign Tribal Nation in Wisconsin, which is where they reside today. We pay honor and respect to their ancestors past and present as we commit to building a more inclusive and equitable space for all.